“What Day Is It?” and Other Questions Inside the Midlife Time Warp 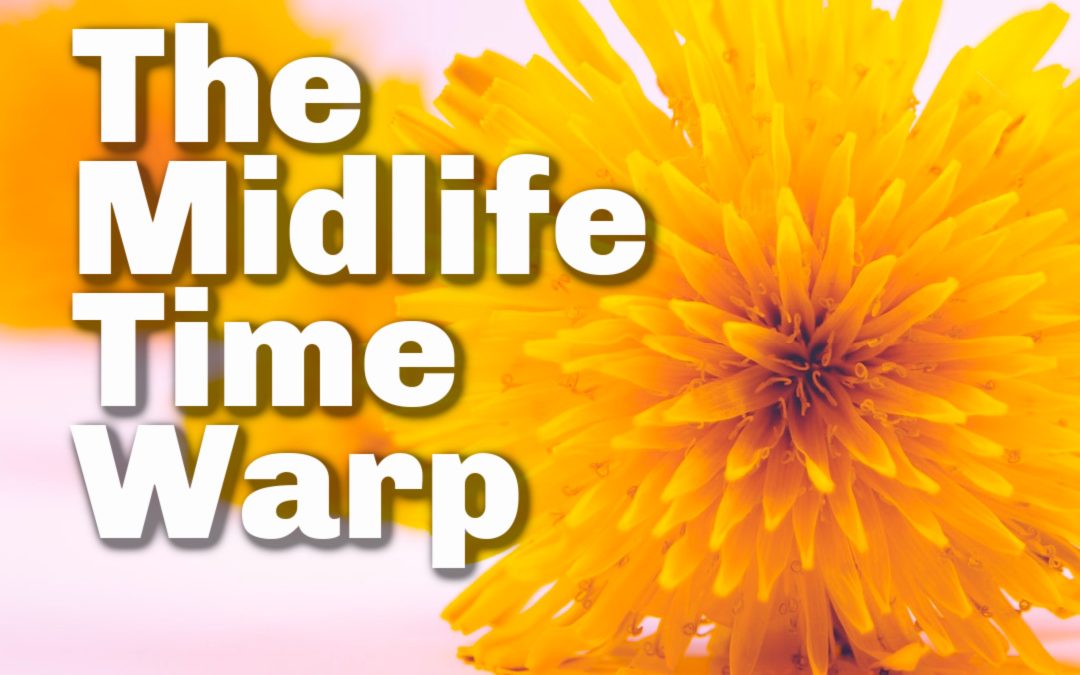 It never fails. At least once a week during our morning coffee time on the porch, either hubby or I ask, “What day is it?” Sometimes, the answer takes a minute because the time warp blurs them all together.

Of course, it doesn’t help that life got really weird almost a year ago. Or was that just a few months ago? 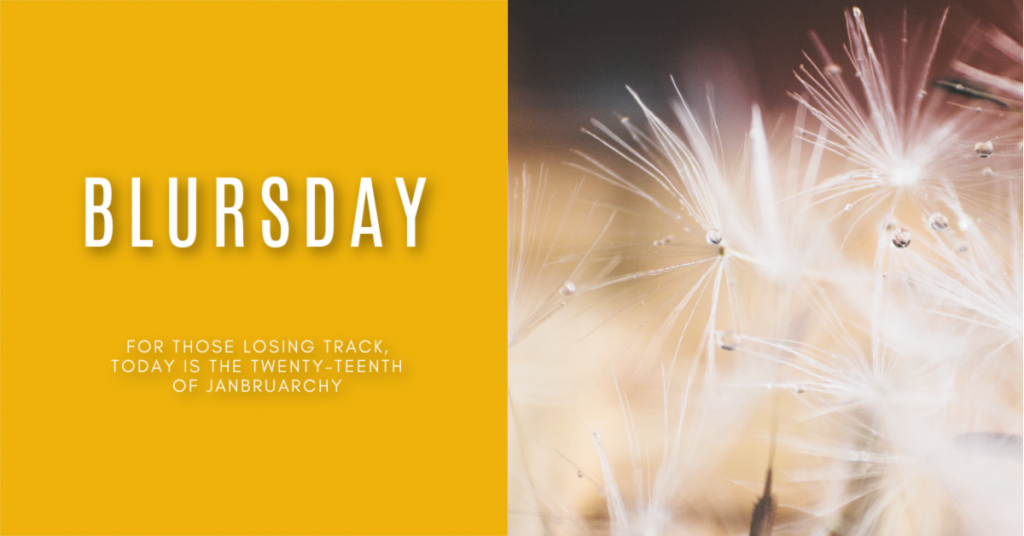 Welcome to Blursday. While people of all ages report a sense of all the days blending together, it’s worse if you’re over 40 and you’ve entered the time warp of middle age.

If you’re over 40, you know what comes at the end of this bit of lyrics:

Where Did the Time Go?

Remember how, as a kid, time seemed to crawl. You’d go to bed after a special day like your birthday or Christmas and think about how long it would be until that day rolled around again. It took for-evvvvv-er. Summer break even felt long, though I now realize it was only about ten weeks. And looking at the future, it seemed like eons before we’d be grown-ups.

And then, suddenly, we were.

I don’t know exactly when someone pressed the fast-forward button, but now it feels like time is speeding up exponentially with every year.

My grandfather, who lived to 98 and only died after complications from breaking a hip while trying to kill a HUGE bug that got into his apartment (someone actually framed that bug – weird!), used to say…

The days are slow, but the decades are fast. 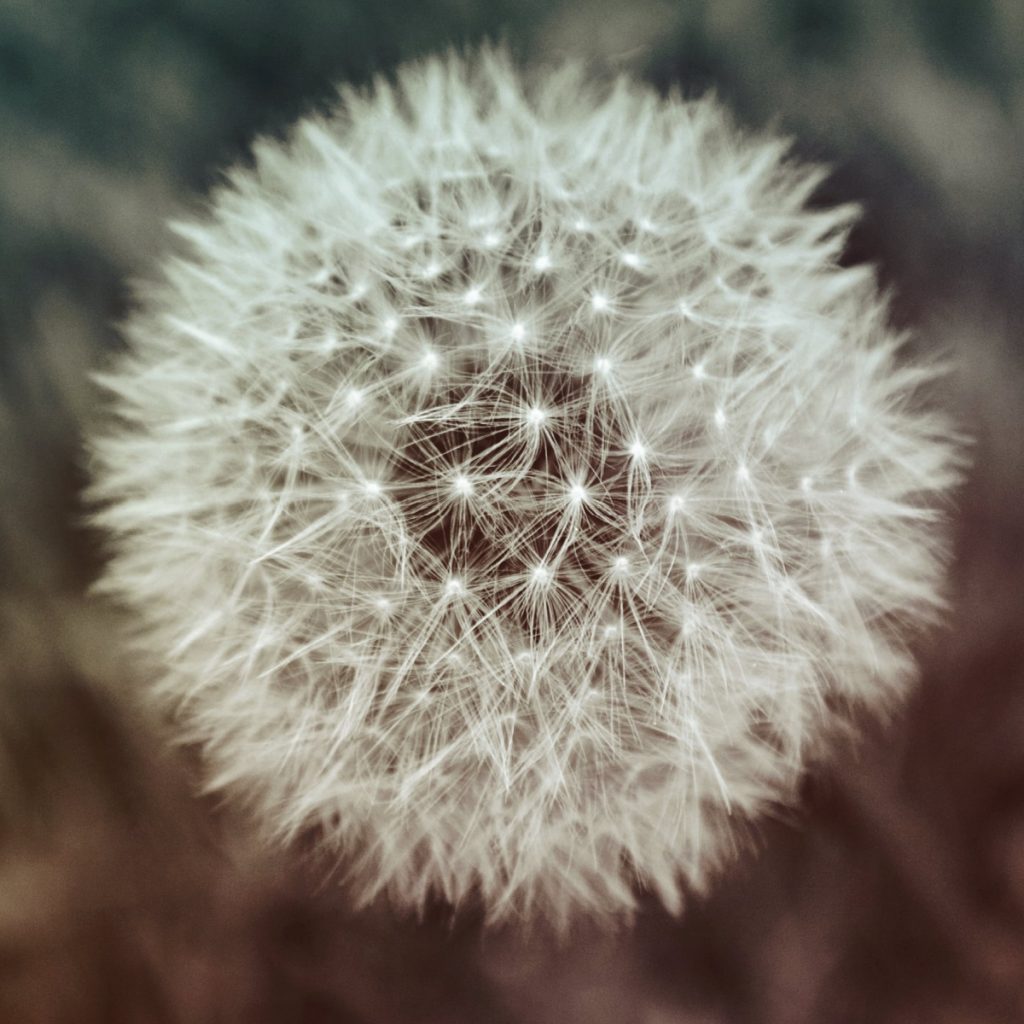 Here’s one explanation for this time warp phenomenon:

When we’re young, each day represents a significant portion of our entire lifetime. For a ten-year-old, each year is a whole tenth of their lifetime so far. That’s pretty significant.

That’s probably a good thing. Can you imagine how exhausting it would be if we consciously remembered everything that happened on every day we’ve lived? There’s a name for that – hyperthymesia, or highly superior autobiographical memory (HSAM).

Would you want to be able to remember every detail of every day from infancy onward?

Ever wondered why you probably don’t have any memories from when you were younger than 4-5 years old? That’s called infantile amnesia, and it’s perfectly normal.

But it’s not complete amnesia. During that phase, we learn to walk, talk, feed ourselves, use the potty, pet dogs, and hundreds of other skills. We remember what we learned. But we don’t remember what we said and did, or how we spent all those childhood hours. Also, that amnesia seems to take a while to hit. If you talk with a three-year-old and ask what they did yesterday, they can tell you. Memory is weird, right?

Time Flies When You’re Having Fun

Everyone’s had that sensation of time dragging. I remember sitting in Mr. Spack’s (yup, really) seventh-grade math class feeling overwhelmed by times tables. We’d drill and drill and then test. It was stressful and for the first time in school, I felt stupid.

I remember watching the clock on the wall, willing it to go faster so I could go to Language Arts class instead, somewhere I felt competent. But I swear to you… that clock moved backwards sometimes!

If you’ve ever had a boring job, you know the feeling. Early in my working days, I figured out that it was much, much better to be too busy than not busy enough.

But on the other end of the spectrum, when you’re having fun, doesn’t it feel like a time warp? You look at your phone or watch at some point and do a double-take. How could it possibly be that hours and hours have passed already? 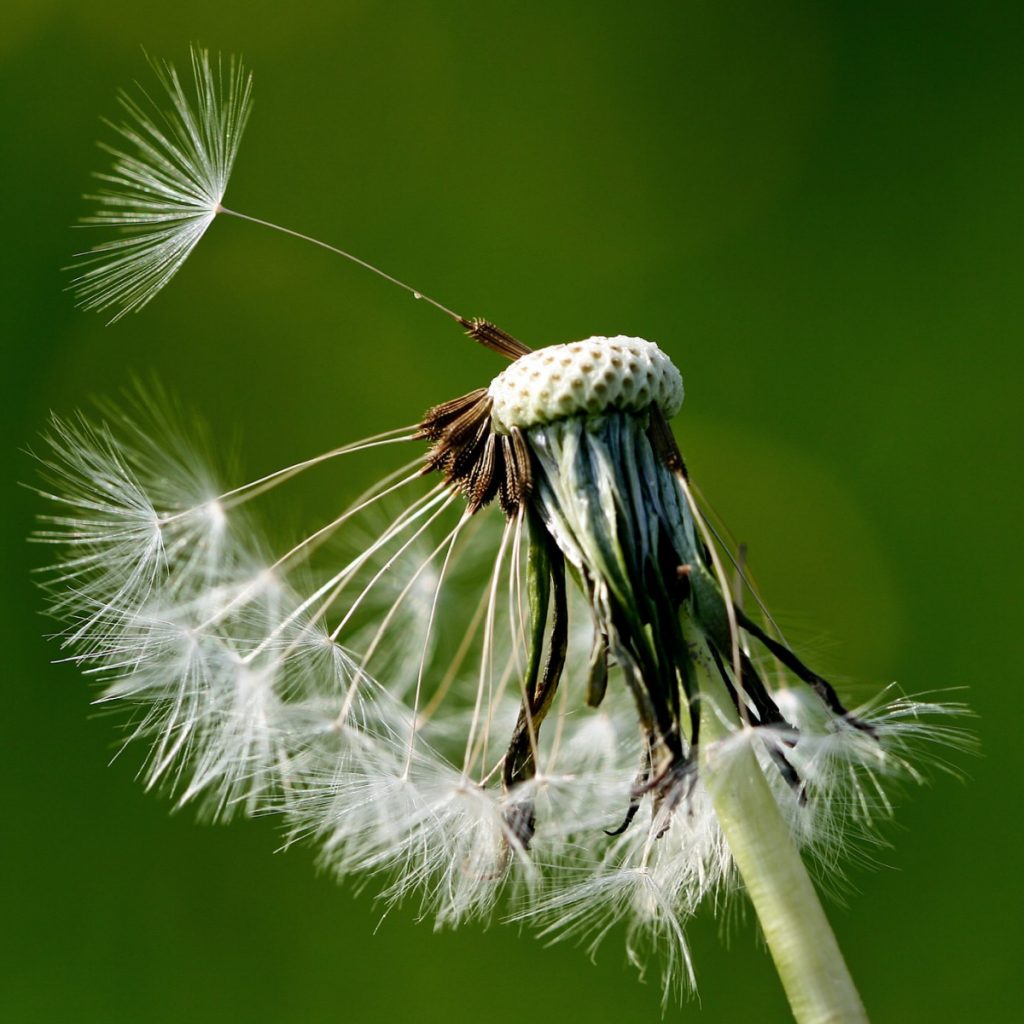 The Creator Time Warp Is Even Freakier

I write for a living. Hubby builds custom Volkswagens. We both own businesses, and people often ask how it works out for two entrepreneurial types to be married. (It actually works really well because entrepreneurs are kind of… weird. Our weirdness goes together nicely, cheering each other’s wins and supporting each other when we have setbacks.)

The stranger thing is the time warp that happens when either or both of us is in the zone. Even more, in the groove inside the zone.

In the zone, creating is easy and pleasurable. In the groove inside the zone, it’s like the creation plops, fully formed, into reality. Yeah, I know it’s weird.

I first noticed this happening in freshman year of college during Expository Writing class. The professor would drop a stack of bluebooks on a desk in the front row for us. Then he’d give us 45 minutes to write whatever type of essay we’d just studied.

I’d spend the first few minutes with my eyes looking up and to the left. Suddenly, the whole essay outline seemed to download into my brain. Then, it was just a matter of transcribing the words quickly enough that they didn’t evaporate. It worked well, and my grades reflected it… though it felt so easy to write that I thought everyone had the same experience!

I do all I can to get into the groove inside the zone. Once in, creation feels… inevitable. The time whizzes by and when I come up for air, it’s often shocking to discover how much time has passed. 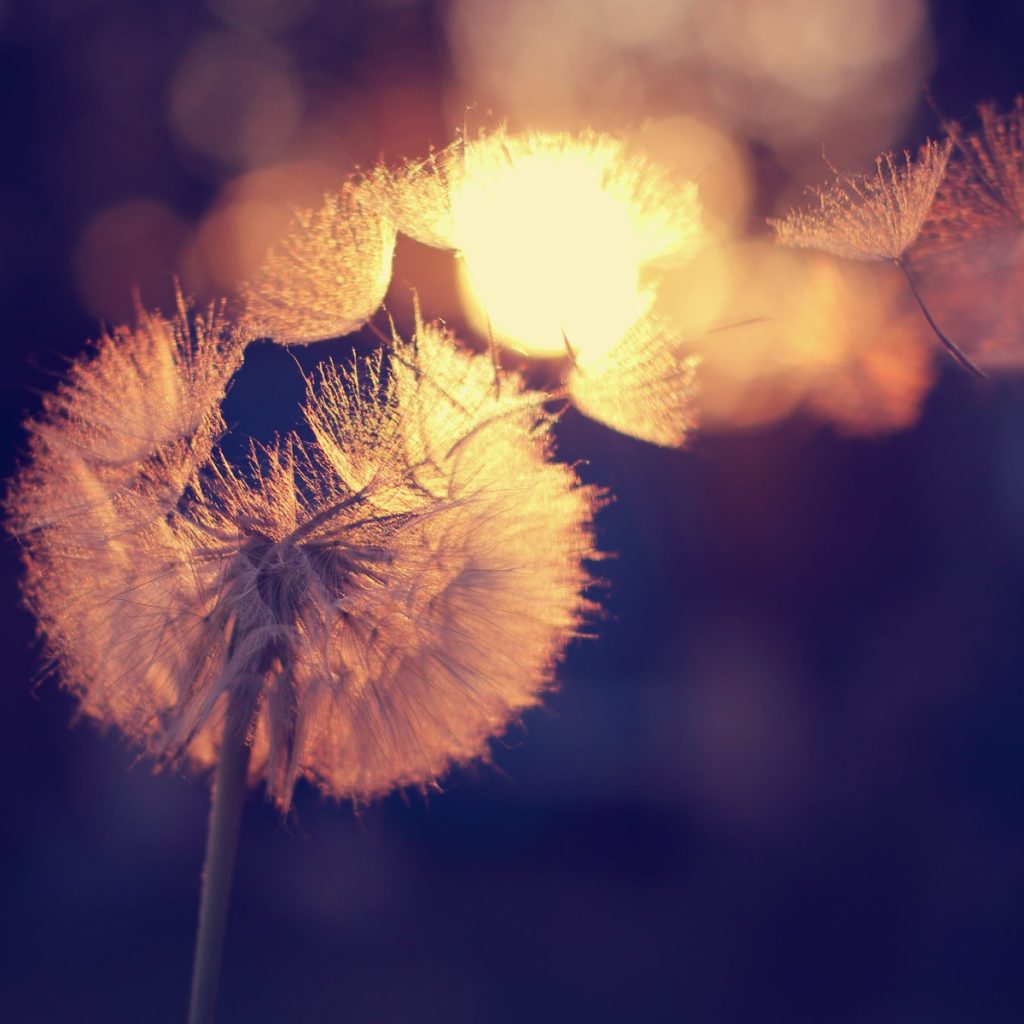 The Sorrowful Sound of the Ticking Clock

Time perception changed for me sometime after turning 50. I’d been aware of the sense of it all speeding up years before. But it’s like that milestone birthday sent the clock into overdrive.

When I’m with my adult kids, it’s obvious that they’re all grown up. But I catch flashes of them as babies and little children, and my heart melts. What I’d give to hold each of them in my arms, rocking them in the middle of the night or singing silly songs to them.

Those moments feel simultaneously like yesterday and a million lifetimes ago.

I think of my grandparents, whom I knew, and my great-grandparents who lived mostly in stories I’d heard. Though their lives stretched from the 1800’s through the 2010’s, it feels like the entirety of their time here was over in the blink of an eye. Then, thinking of the generations that came before them… well, it’s mind-boggling to consider how many stories evaporated into dust as the years passed.

I look at the people I work with, and while there are a couple in their forties, most are in their twenties and thirties. Doing the math, they could easily be my children. Reflecting on past jobs, I remember that I was always the youngest one in the office. Many of my favorite coworkers got old and died – a few of them not much older than I am now. I wonder, all those years ago, did they wonder whether they’d have a memorable impact on me? Did they have any idea that decades later, I’d remember them so fondly? Will young people I’ve worked with over the years remember me? It’s weird to think about.

But The Time Warp Isn’t All Bad

It’s not all wistful thinking. There are times the time warp is a wonderful thing.

For example, hubby and I are planning to go to England and Scotland this summer. (It’s a re-do from 2020’s planned trip.) As a kid, I would have counted the days, impatiently x’ing each one off on a calendar that never seemed to flip its pages. Now, as eager and excited as I am (and I REALLY am!), it’s different.

Now, anticipation is a huge part of the enjoyment. I’ll take tremendous pleasure in planning where we’ll stay, which trains we’ll take, and which roads we’ll meander on the NC500 route. I know our departure date will be here before we know it. And I know that on our return flight, it’ll feel like the whole trip whooshed by.

Knowing this is now how my brain processes time helps me be more present rather than wishing it away. 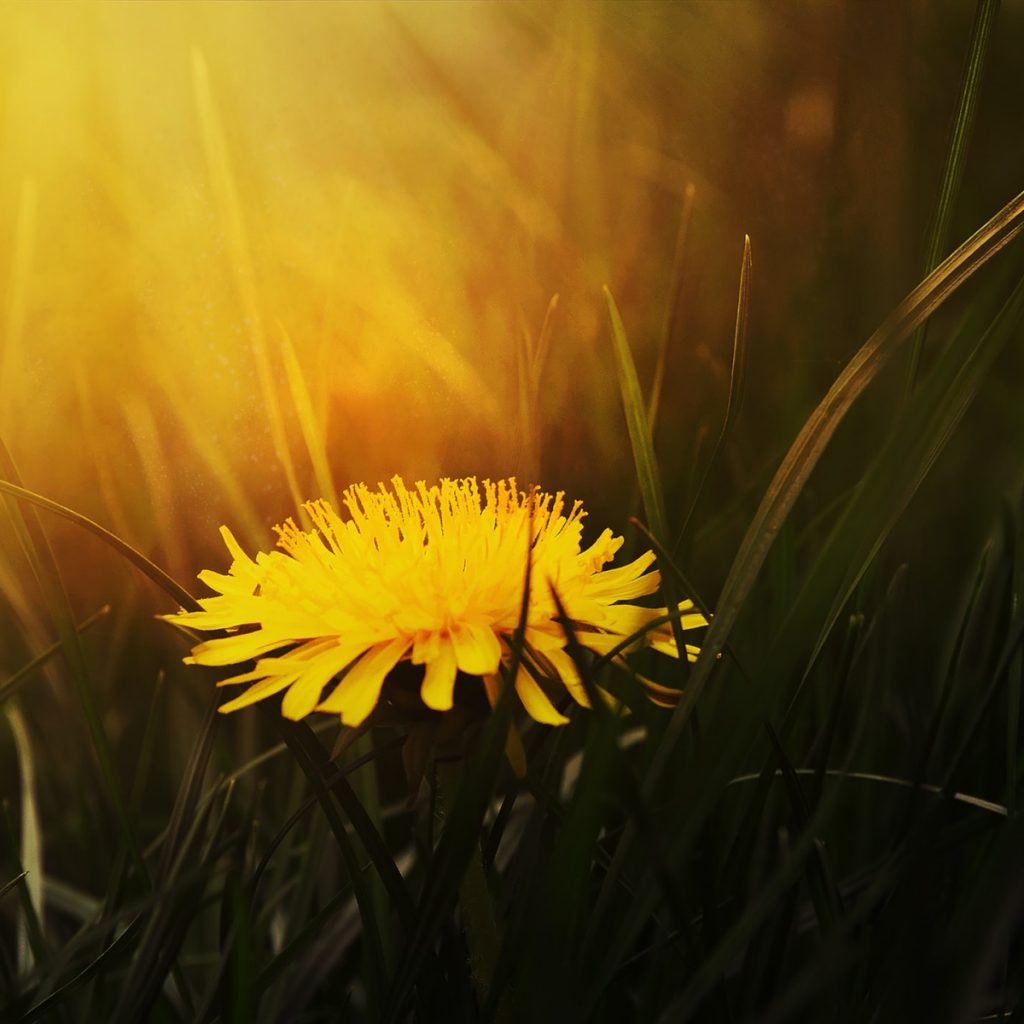 When we’re little, there’s so much life ahead for us. When we walk around on tiny feet, it’s impossible for our minds to even imagine what will become of us. There’s so much that’s new, so much we learn from scratch, that it takes time to absorb it all. Once we finish it, we forget we ever went through that learning curve.

And once we’re older, we become more of what we always were. Sometimes, that means working on ourselves to carve out the bits that were never meant to stick and twist us. It’s enormously helpful to be able to recall the old days – and often our memories are like treasures we can look at anytime we want. We’ve been around long enough to realize that good times or bad, the clock still keeps ticking. For better or worse, nothing lasts forever.

Perhaps that sense of our days becoming precious is the best gift of all in midlife. None of us knows how many days we still have. But we have today.