Guilty of People Pleasing? How to Stop (Even if This Is How You’ve Survived Until Now) 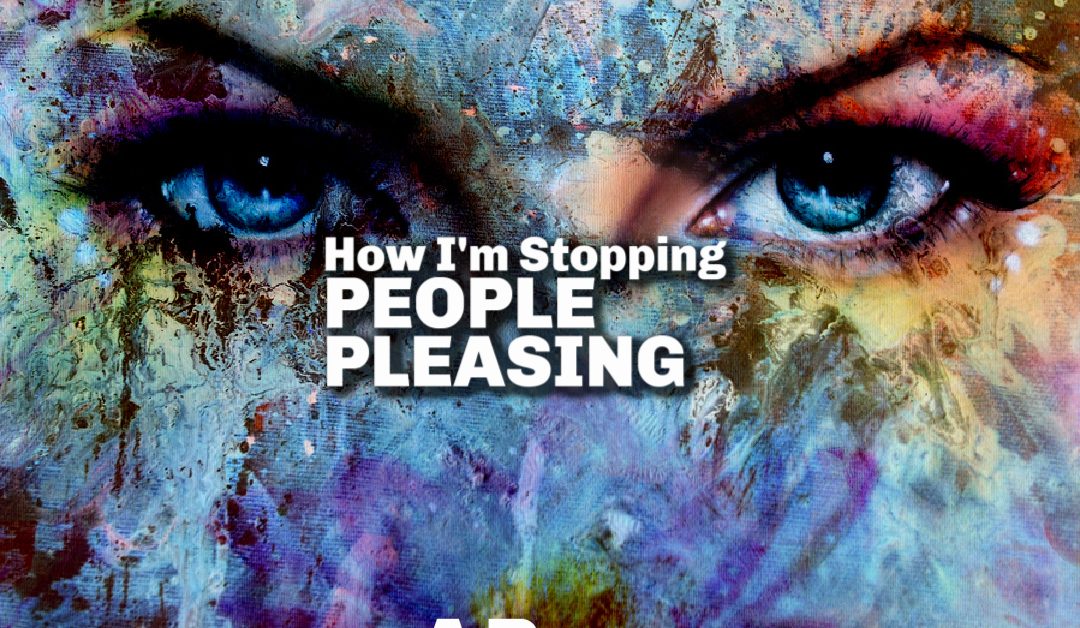 OK, so, it’s possible that my people pleasing way of life was just coded into me based on the stars and planets. I’m not personally really into astrology but a lot of people I love are. So, I’ve learned that I may be the Libra-est Libra who ever Libra’d. And apparently people pleasing is a thing for us.

But while I weigh that a bit (sorry, Libra joke), I’m going to go share my thoughts on this… trait? Flaw? Coping mechanism? Well, whatever category people pleasing falls into, let’s take a look. 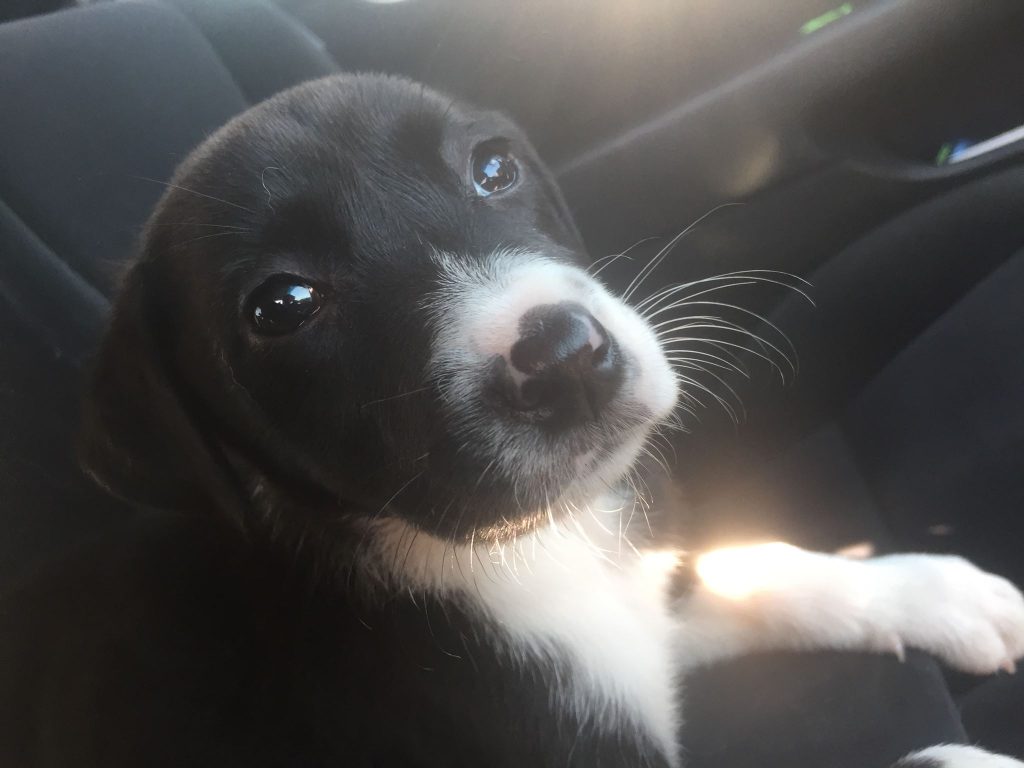 She’s nearly four now but Pickle has settled down a whole lot. (I’m currently working through a dog training course with her and the rest of the pack to see if we can end the jumping up on people nonsense.) When she was tiny, she did a pretty good impression of The Very Caterpillar. She ate through our slippers. She ate through our blankets. She even ate through the drywall in a couple of places.

“Pickle, it’s a good thing you’re cute,” we said, about a million times. And it’s true.

It’s the same with tiny humans. They smell bad. They cry and cry and cry. And they leave their parents exhausted to the point they can barely remember their own names. But on the deepest level there is, we bond with them to the point we’d give our lives to save them.

In part, a baby’s cuteness is a way of people pleasing. We cannot function or even survive on our own. Our survival depends on our parents being willing to take care of us, even though we offer nothing in return. 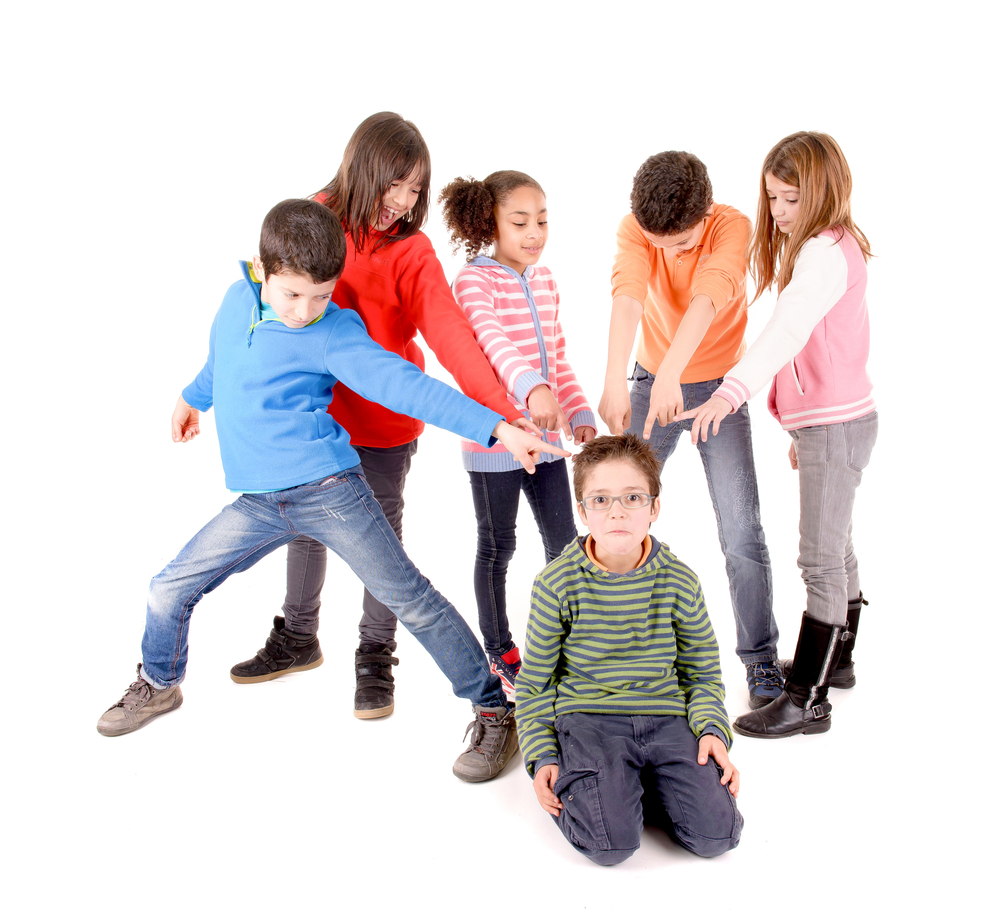 Last One In Is a Rotten Egg!

Fast-forward a few years, and our world expands from our parents and immediate family outward to include friends, teachers, and a whole lot of people we’ve never met. Humans being humans, we start forming smaller groups.

Like it was programmed into us, we can get pretty ruthless as we sort through the crowd of humanity. Yes to this one, no to that one. We find best friends and second-best friends (remember that?), and we learn how to fit in.

But we also get some brutal lessons about living in kid society. We discover the pecking order, watching some kids rise to the top of the social order and others fall into a perilous place where they are practically untouchable.

The permanent rotten egg, the kid nobody seems to like – even enough to defend when human decency demands it. (I still think about some of the kids I grew up with who were socially brutalized, bullied, cast out. I hope they survived and healed, and while I’m glad I didn’t actively hurt them, I shamefully lacked the courage to befriend them.)

In this Lord of the Flies world, kids learn quickly how important it is to gather allies. Perhaps for the first time ever, they grasp the reality that if they piss people off, they will be shunned and thrust out into the cruel world on their own.

People pleasing becomes a survival mechanism. I believe that’s where it starts for many of us. We learn to walk, talk, and behave in ways that please our cohort enough to keep us safe. 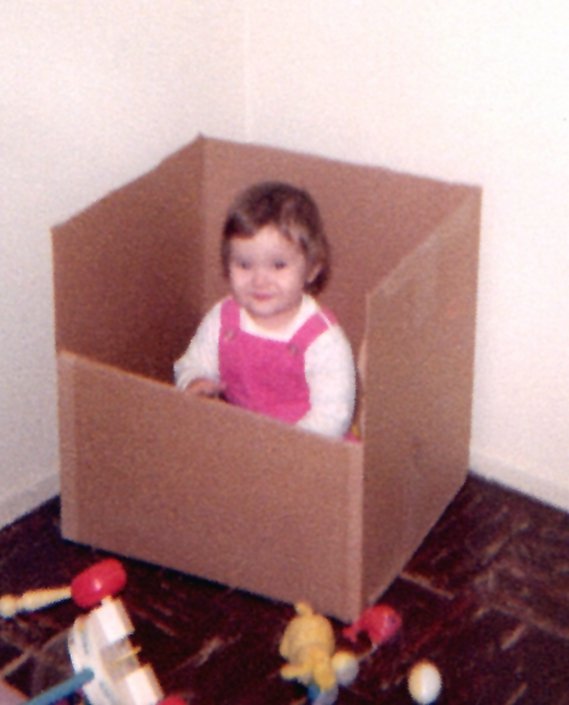 Keep Your Hands and Feet Inside the Ride at All Times

It doesn’t take a genius to realize it’s crucial to fit into the box kid society draws for its members. Fit or face destruction.

So, we contort ourselves to fit. If some odd bit refuses to fold neatly into the box, we cut it off. Survival demands ruthlessness.

… Got a weird hobby? Not anymore.

… Have a weird freckle on the bottom of your foot? Shoes, forever.

… Freaky smart at some subject or another? No. Get a ‘B’ and live.

… Set your sights on a career that seems a little “extra”? Probably don’t talk about that anymore.

It’s not like that for everyone, of course. And there are pockets of welcoming hearts who’ll accept people as they are, thank goodness.

But I suspect this is when many people pleasers develop their modus operandi. People pleasing can look like:

This nasty list makes sense when you understand that a people pleaser weighs the safety of every word, step, and choice. It makes even more sense when you realize they may have zero experience moving through the world in any other way. 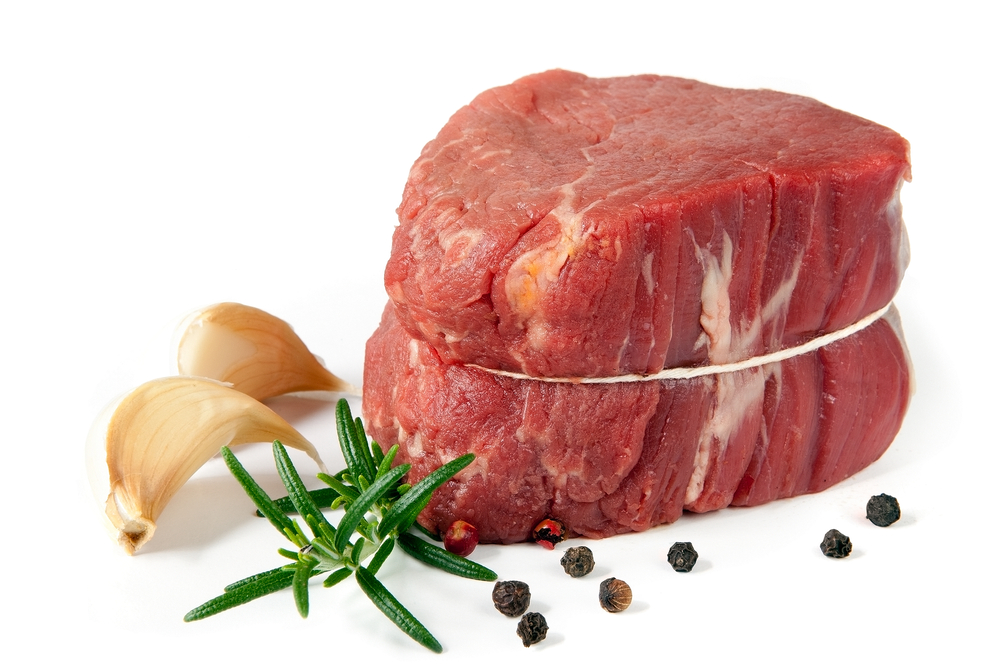 When Enough Is Enough

As a young woman, I took all of this to the next level by choosing a very public life as a pastor’s wife for a couple of decades. Pairing my childhood fascination with Emily Post’s etiquette book with the deep desire to be a good example, I had that box’s contents under control. The stakes seemed to be of eternal significance, after all.

But I learned something huge, courtesy of one of many youth group outings that ended with dinner. It took decades for this lesson to register, but now I can’t unsee it.

Given the choice between filet mignon and a burger from McDonalds, pretty much every kid in every youth group we ran would choose the golden arches. I could rattle off a bunch of similar examples, but you get it. Discernment comes with age.

That’s why the nerd gets the girl… later in life. Once we can embrace our greatness, right in the face of a crowd that punishes outliers, we flourish. We can become who we were always meant to be. Not coincidentally, that’s when we also find deep personal fulfillment and a sense of finding and fulfilling our purpose.

Allowing some pre-pubescent ghost from decades gone by to dictate how you show up in the world just seems silly. That whole threat to expel you from society for not fitting in becomes laughable.

I mean, it’s not even a thing anymore, anyway.

Who, in the adult world, roams the halls of their home or workplace, shoving people into lockers? What adult taunts someone else about what they brought for lunch – or the fact that person dared to eat when people could see them? And what adult torments another adult for having a passionate interest in an offbeat hobby? 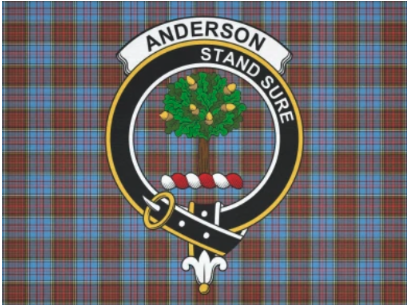 You’re Not the Boss of Me!

I’m half-obsessed with Scotland. Many of my family’s roots start there. I freaking love that place, the music, the terrain, the food, the whisky, the spirit of the people – it’s got my heart. Anderson there is like Smith or Jones in America. The Anderson crest reads “Stand Sure.”

That hit me hard as 2020 came to a close. It was both the best and the worst motto I could imagine. These two words, I’d seen on a crest on the wall for as long as I could remember. But it wasn’t really for me.

Some people, as a new year approaches, choose a word for the new year to embody for them. I chose “Stand Sure.”

It felt dangerous. Like, I knew this was going to impact my whole “tread lightly” philosophy in life. I had absolutely zero ideas about how I’d possibly go about addressing my people pleasing. It was so ingrained in me, like when a surgeon refuses to cut out a brain tumor because the brain has grown around it. Or, like separating conjoined twins. This seemed like something I’d just have to live with forever. 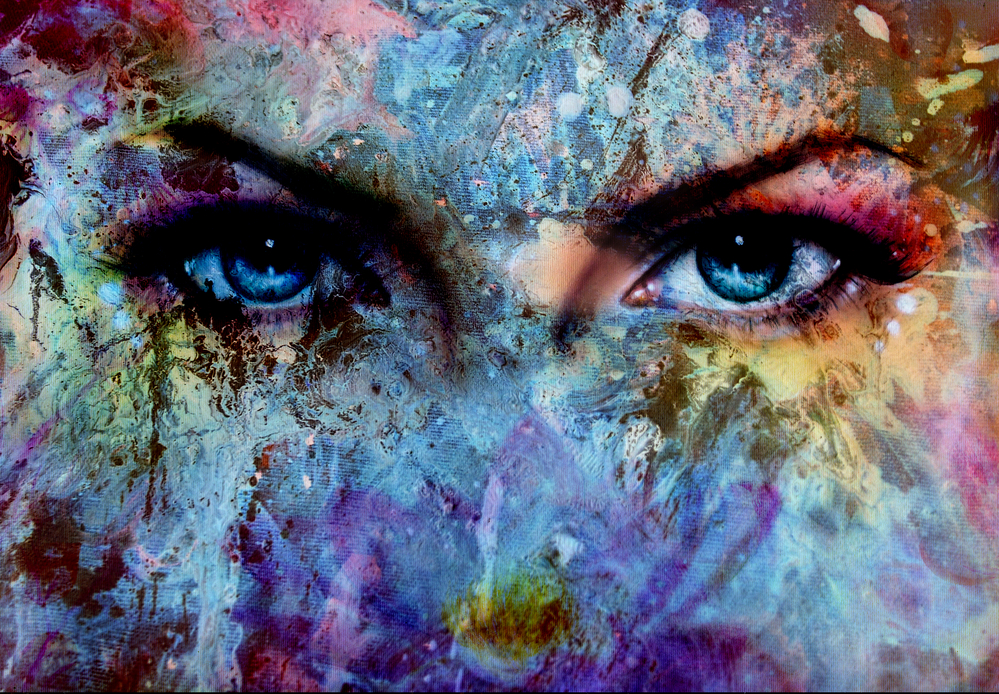 I’ve done some woo-woo stuff along my personal development journey. That includes walking on fire, walking on broken glass, climbing redwood trees and jumping off (harnessed in!) to grab a trapeze, and SO many seminars. They all helped me grow. A lot. But during a long weekend in January, I got to work with the team at MindFix.

And it changed everything. But only in the areas where I’ve applied it so far (haha – only a few  amazing, miraculous changes!)

Going in, I knew roughly that I wanted to work on this whole people pleasing thing. That’s it. I didn’t know how to even describe it. It felt embarrassing, vague, and permanent. In fact, we never actually discussed it directly. We worked on some other things. It wasn’t until a few weeks later that I noticed its absence.

I can’t even begin to explain how Erin and her team do what they do. I won’t even try.

But I can explain this…

I came to a realization that the SUPREME DIRECTIVE under which I’d lived most of my life… was proclaimed by a little kid. A little kid who’d choose a $.67 mass-produced burger over a delectable filet mignon. 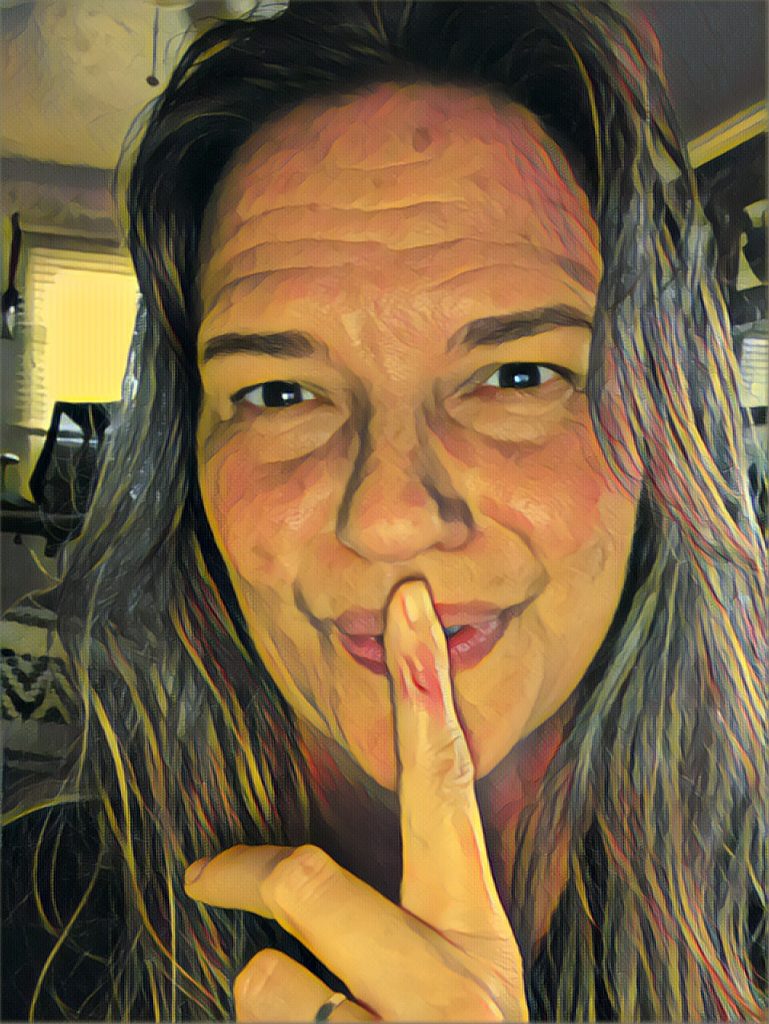 You Don’t Know Nuthin’ about Nuthin’

That kid did her best to protect me. To her, safety depended on fitting into a box. Anything that didn’t quite fit should be bent or lopped off.

I’d outgrown her in every way. But I was still listening to her, so life apart from people pleasing felt dangerous. I still exhibited most of the symptoms above – and those behaviors were hurting me.

The work we did helped me go after this dragon and slay it. In realizing that kid version of me was just trying to help, but really didn’t know how, it opened a whole new possibility… just being me.

I could see evidence indicating it was safe to shut her down.

And then there’s this one “flaw” that put me in danger of ostracism so much that I shut it down entirely… until I saw it differently and felt safe valuing it.

It’s my capacity to love, like geeking-out, human exclamation point levels of enthusiasm for certain people. (I always gathered that I was too sensitive, too excitable.) That one’s back in play big-time, and it adds incredible joy to my life. Like, one of my favorite things to do is to SEE someone’s greatness and then tell their story in a way that others see it, too.

If This Isn’t Irony…

Undoubtedly, there’s still a little kid inside, desperately trying to keep me in line by pleasing people. But she sure seems quiet these days.

I did crack up, though, when a colleague mentioned that since the start of the year, I’d really started to own my own value. He continued, “I’m not seeing that people pleasing way you used to show up.” And that… that pleased me greatly.

Who knows what else is possible? The best is yet to come.