Midlife Rage: Because That Is Most Definitely NOT William Devane 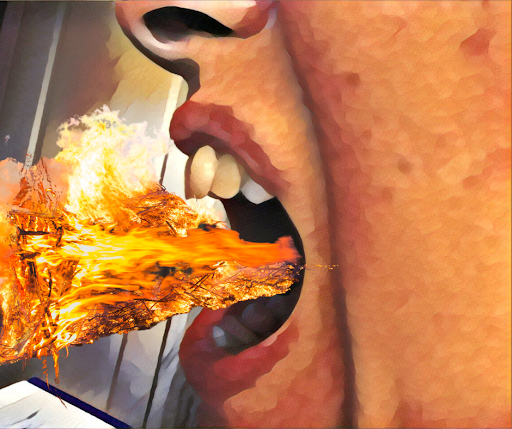 Beating this periodic midlife rage thing is going to take some practice. Or bail money.

Ever shock your normally even-tempered and rational self with the realization you’ve become a fire-breathing midlife rage dragon? Damn, I hate when that happens.

But there we were, watching bad sci-fi, my sweet hubby and I.

The bad guy had just revealed his devious plan for… well, I can’t remember what he was up to, really.

No. It was most definitely not.

Fight or flight mode hit me hard. Like when I watch a horror film (through the gaps between my hands covering my eyes), I begged myself to be reasonable. Do NOT go into the dark. Don’t do it, girl. You’ll be sorry. This cannot end well. It’s not too late to…

“You’re crazy, that’s not him. You always think it’s some other actor than who it is. Can’t you just watch the damned show and not make bold proclamations that are utterly incorrect?”

Only in my mind, thank goodness for small wins. 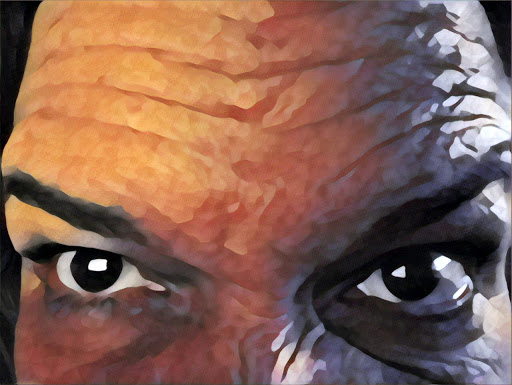 Do I give a flying hoot about William Devane? No.

About sci-fi filmology? Absolutely not.

About being right? Ooooh. Busted.

And about my sweet hubby’s feelings and the relationship we are so consciously, carefully building? YES. Definitely, absolutely, and emphatically, yes.

This is the man I chose to marry, not even a year ago. He’s the man I admire, respect, cherish, and enjoy. He’s the one I’ll go from midlife crank to elderly crone with… assuming I don’t push the self-destruct button on this marriage with this ridiculous prickliness. He is kind, brilliant, creative, strong, handsome, funny, sexy, deep, daring, principled, and fun.

Yet for some reason, midlife me sometimes kind of wants to go all Daenerys Targaryen on him (of all people) and scorch his wrong-actor-guessing ass into next week. To be honest, sometimes I let some of the flames loose. Not a full vent, but snappish enough that it’s shocking to both of us. And enough that I feel devastated, shocked, and betrayed by my own midlife-mad self. At this moment, I TOTALLY get Kathy Bates in Fried Green Tomatoes.

Only You Can Prevent Midlife Rage Forest Fires

We’ve talked about this, hubby and I. It’s painful even to remember how I’ve shown up during these crazy-headed scorched earth moments. Of course, he thought it was him, that he’d disappointed me somehow. It’s not him.

I mean, sure, he misidentifies actors. But is that REALLY a scorchable offense?

No way. But I know that if I don’t figure this out, I will torch everything I love, everything I hold dear, everything I’ve worked so hard to create. And that kind of midlife crisis – of my own making – is absolutely not okay.

I’m no stranger to personal development – current midlife bizarreness aside. Though I’ve created a life I love, sometimes something’s not working right in my mind. Maybe it’s hormones, and I’m going to look into that.

Hormones or not, this is an experience I need to look at and understand so I can be and do better. I want to show up like me, with my normal level of weird rather than this super-sized serving of crazy. It’s definitely not him. That means it’s up to me to figure this out.

Stick with me a sec here.

As an empty nester, it’s been a kick to design my life. Our life. We get up without an alarm because we both work from home and own businesses. Usually, it’s about six or so.

We eat far more culinarily interesting foods than we ever did when we were raising our families.

Bedtime is – don’t laugh too hard – literally when our flock of chickens puts themselves to bed, around eight. I read a while, then sleep and get a solid eight hours each night. (I know midlife women often struggle to rack up enough zzzz’s, and someday I’ll tell you how I do it.)

Our house is cleaner than any I’ve ever kept. It helps a whole LOT that we have a wonderful cleaning lady who keeps on top of it all. I putter and clean and tidy up more than ever, but she’s the one who does the real work.

Puttering, in fact, has become a favorite part of my days. It’s therapeutic for me to create and maintain order. It’s also one way I get more movement into my day (I’m super sedentary during my work hours – I’m a writer).

You wouldn’t walk in and go, “WOW, that’s a clean house!” but most days you also wouldn’t run screaming from the mess.

I’ve discovered that I like order. In fact, I thrive in it.

Everything in its place, and a place for everything.

I’m ruthless about decluttering. As a minimalist, it’s easy to feel suffocated by too much stuff. I’m also not all that fancy. OK, not fancy at all. I despise shopping. So, we don’t have the mountain of stuff many couples have.

But while I seem to thrive on routine and tidiness, there’s a dark side that shows up in my thoughts. It shows itself in the form of a control freak. That feels like a new one for me. 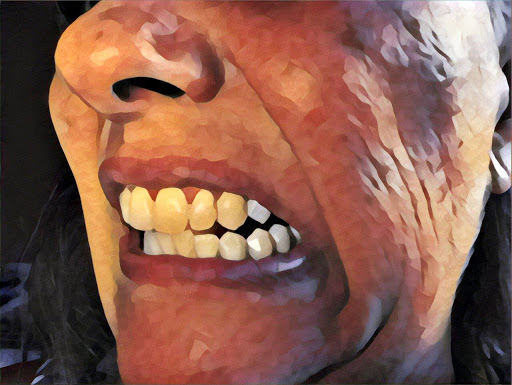 So, in Greek mythology, there was a baddie named Procrustes. He was infamous for his bed practices. (Not that kind.) He’d force his victims onto a bed, then either stretch them to fit it perfectly – or cut off any bits that hung over. Nice guy.

Turns out, I’m cool as long as everything fits my notions about what should be, cool. Same with anything else that might need to sync up.

But if something sticks out – or in, really – into the bubble of my thoughts, especially if I’m concentrating, indulging in story-driven entertainment, or if I’m lost in thought while mulling a work challenge… it’s time to sound the smoke alarm. Danger, Will Robinson!

Unless I notice the warning signs and take action to extinguish the blaze.

Here’s what happens when I catch those sparks before they go wild. Something happens. I perceive it. Then I have a thought about it that sure seems to be entirely valid and accurate. Next, there’s a feeling followed by a surge of energy that demands release.

Are you kidding me? THIS again? This is the same freaky way my brain behaved when I had a binge eating disorder. How on earth do I not have this solved and beat it for good?

Oh. It’s the way the human brain works. OK, fine. At least I’ve got the tools that worked every single time I’ve ever actually bothered to use them.

Rather than fly off the handle (or eat two rows of Oreos while standing over the sink with a glass of cold milk), I can stop for a moment and go:

That’s kind of the gist of it. It’s a matter of throwing the brake lever on the train long enough to make an intentional choice about what comes next. I’ve been up and down the tracks long enough to know where they head, and how hard it can be to stop that freight train if I reach a certain point.

And really, despite all appearances when I’m in the throes of a temper tantrum, I’m typically a very happy and chill person. I adore my husband and enjoy him thoroughly. It’s a delight to live in my skin, because I’ve chosen it to be that way.

So, if all I need to do in the heat of fury is to take a beat to breathe and choose, that’s pretty doable. That doesn’t mean I’ll always do it, or even remember to do it. But if I choose not to master my own mind and the experiences I create, life’s going to suck… by choice. Sounds worth it to me.

This Is Not Entirely Unfamiliar Territory

I have many, many, many happy memories of my grandparents, and I was blessed to have most of them around well into my 40’s. But I also have memories of incidents that were puzzling at the time – and now make sense – of my grandmother whipping out a dragon of her own. My grandfather would be telling a story. She’d interject corrections throughout. It wasn’t that day, that place, that person, that meal, that… Every single detail of his story was subject to her correction. I always felt bad for him when it would happen, and annoyed with her for creating such an unpleasant situation for everyone witnessing it.

Fast-forward a few decades, and I’m about to flip my shit over not-William-Devane. I am utterly grateful for this bad memory of Grandmommy because it’s like a canary in the coal mine for me. She did her very best, and did so without the world of personal development that I can access with a few clicks. She didn’t have podcasts, blogs, videos or books aplenty to help her sort her grumpy midlife self out.

And if you’re also finding yourself baffled by your own sudden snappish tendencies and sudden midlife rage, maybe we can figure this out together. It might save lives. 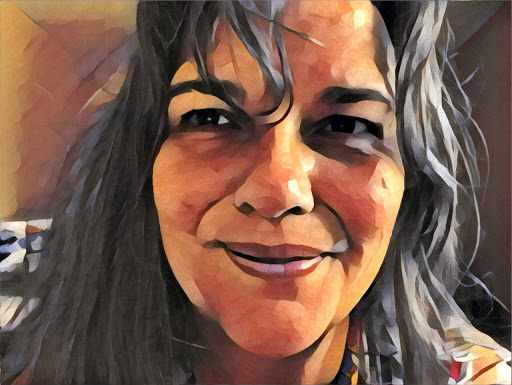 Want to Do this Together? (I promise not to breathe fire on you!)

If you were to examine this blog closely, you’d notice a humongous gap between posts. Before, to be honest, I had in mind to build an affiliate site and nothing more. I had several sites going, covering everything from gifts to health to pet rats to magical uses of marijuana (we’ll talk about that someday if you want). It was exhausting. There was no way to keep up. Shiny object syndrome had me in perpetual busyness, but it was like running on a treadmill – it went nowhere.

Now, there’s another driver. I’m realizing that maybe I don’t have to have this midlife thing sorted out. Let alone the whole midlife rage thing. But, there’s no need to be an authority. No requirement to have all the answers. Instead, I can just document this journey and report back the discoveries back to you.

Pretty much every midlife woman I know has a lot of puzzles to solve. (I’ve adopted that distinction – a very smart guy I work for says, “There are no problems, just puzzles.”) Being an alliteration addict, I’ve got a bunch of M’s that fit here.

As midlife women, we’re sorting out our:

And a bunch more, like our kids, grandkids (someday), friends, etc. They don’t fit neatly into those M’s… though I swear I will find a way! (Darnit… Procrustes has ways but let’s not go there!)

Anyhow, if you’re up for taking a wild and all-over-the-place ride with me, let’s do it. I sure can’t promise it’s going to be smooth, consistent, or pretty. But that’s kind of alright, too. We can just show up as-is, be real, and grow together.

P.S. I just showed this post to my sweet hubby. He liked it. Then he muttered, “I still think it was William Devane.” Guess he’s a little pig-headed, too. 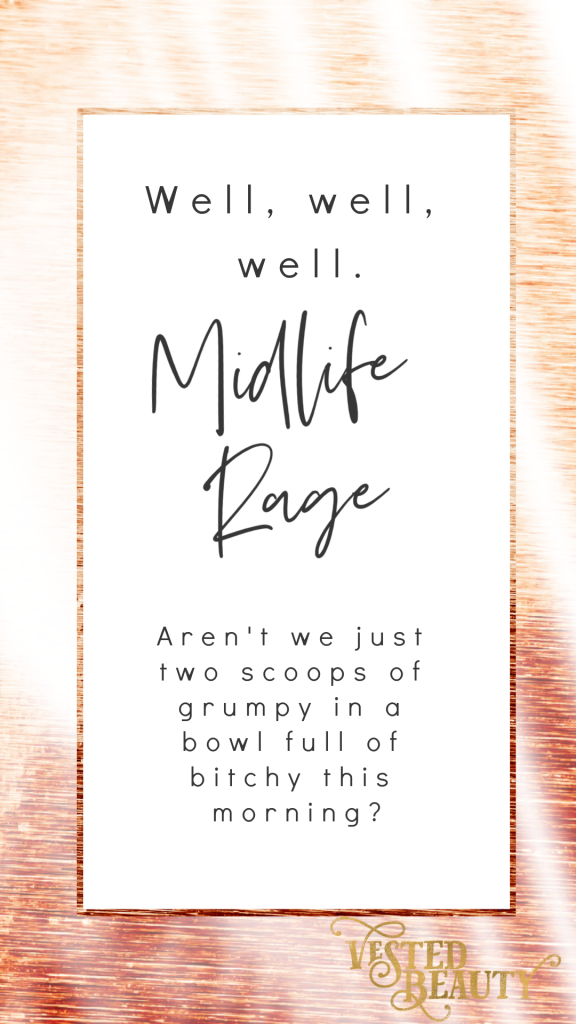